Carolyn was born and raised in Hawaii where she worked as a baby photographer and sang with a cover band in Waikiki. She moved to Los Angeles to attend UCLA and began doing improv and sketch comedy at The Company Of Angels and The Groundlings. In 1989, she was asked to join the writing staff of STAND BY YOUR MAN, the American version of the British sit-com, BIRDS OF A FEATHER. She has written for several sit-coms including FULL HOUSE and THE PARENT ‘HOOD and for animated shows such as AAH! REAL MONSTERS and THE WILD THORNBERRYS.

Carolyn occasionally performs improv and sketch comedy. She has also acted in the independent film, GET A JOB, alongside Hawaiian music notables: Uncle Willy K., Henry Kapono and Eric Gilliom.

Carolyn lives with her son, her dog and her cats.

Simpsons Episodes:
Little Big Mom
Night Of The Dolphin segment of Treehouse Of Horror XI
The Great Money Caper
Wiz Kids segment of Treehouse Of Horror XII
Sweets and Sour Marge
The Strong Arms Of The Ma
Smart & Smarter
A Star Is Torn
Ice Cream Of Margie
The Homer Of Seville
N is for Nerder
The Great Wife Hope
Chief Of Hearts
Treehouse Of Horror XXII
To Cur With Love
Luca$
Blazed and Confused
Halloween Of Horror
Gal of Constant Sorrow
Looking For Mr. Goodbart
Werking Mom
Highway To Well
The Way Of The Dog
The Man From G.R.A.M.P.A.
Speaking At
What Do an Emmy-winning Simpsons Writer and TED Talk Speaker Have to Do With the Practice of Cybersecurity? 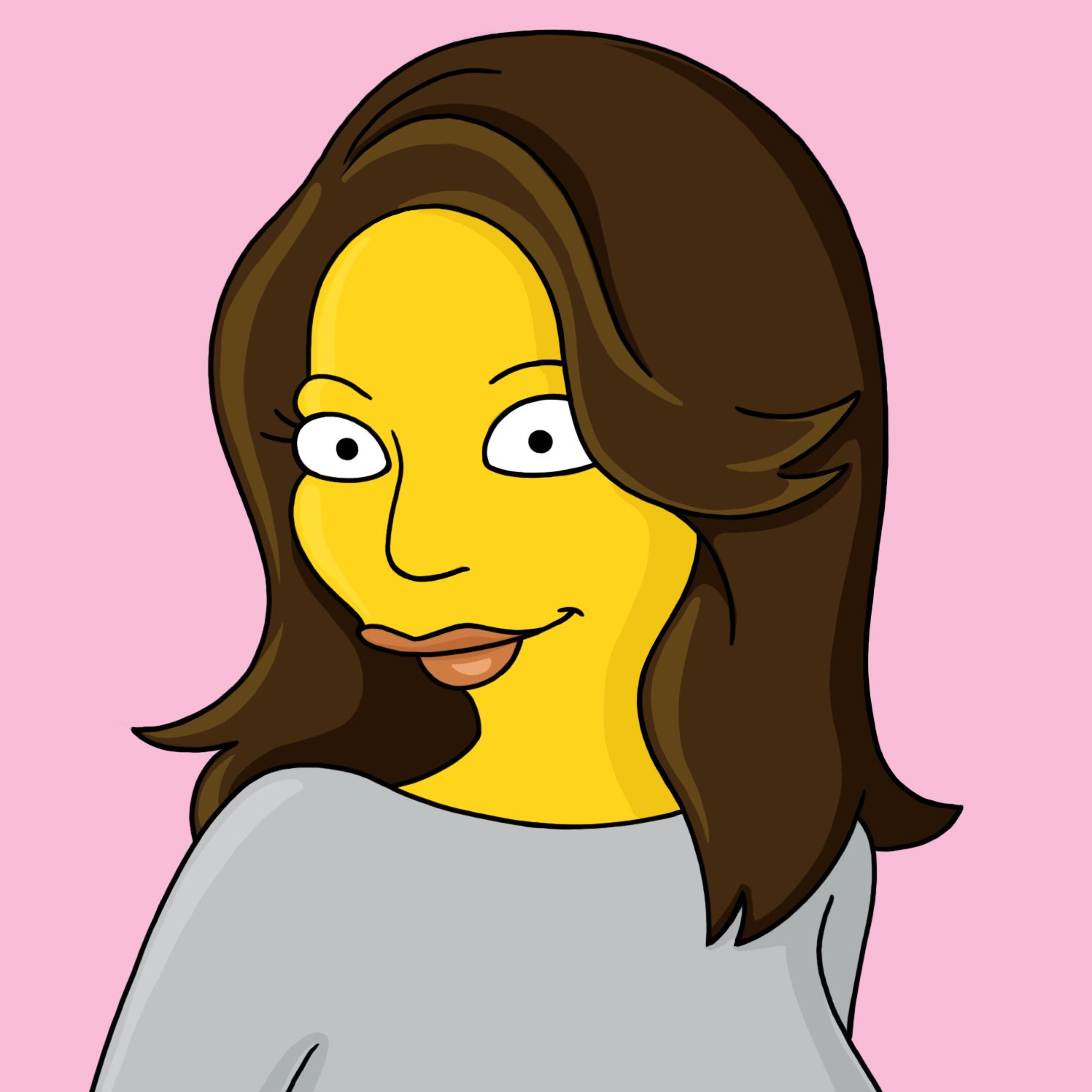