Full Name
Toby Shapshak
Company
Stuff
Job Title
Editor-in-Chief and Publisher
Speaker Bio
Toby Shapshak is editor-in-chief and publisher of Stuff, a Forbes contributor and a Financial Mail and Daily Maverick columnist. He has been writing about technology and the internet for 20 years and his TED Global talk on innovation in Africa has over 1,5-million views. He has written about Africa's tech and start-up ecosystem for Forbes, CNN and The Guardian in London. He was named in GQ's top 30 men in media and the Mail & Guardian newspaper's influential young South Africans. He has been featured in the New York Times. GQ said he "has become the most high-profile technology journalist in the country" while the M&G wrote: "Toby Shapshak is all things tech... he reigns supreme as the major talking head for everything and anything tech."

He speaks at conference around the world about how innovation in Africa is better, including including TED Global in Edinburgh (2013) and has spoken four times at the South by South West (SxSW) conference in Austin, Texas.

As a news and political journalist, he ran Mail & Guardian newspaper’s website when it was the first news website in Africa, shadowed Nelson Mandela when he was president, and covered the Truth and Reconciliation Commission.
shapshak.com | twitter.com/shapshak | www.linkedin.com/in/shapshak
Speaking At
Closing Keynote 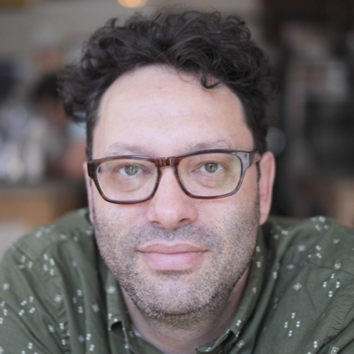